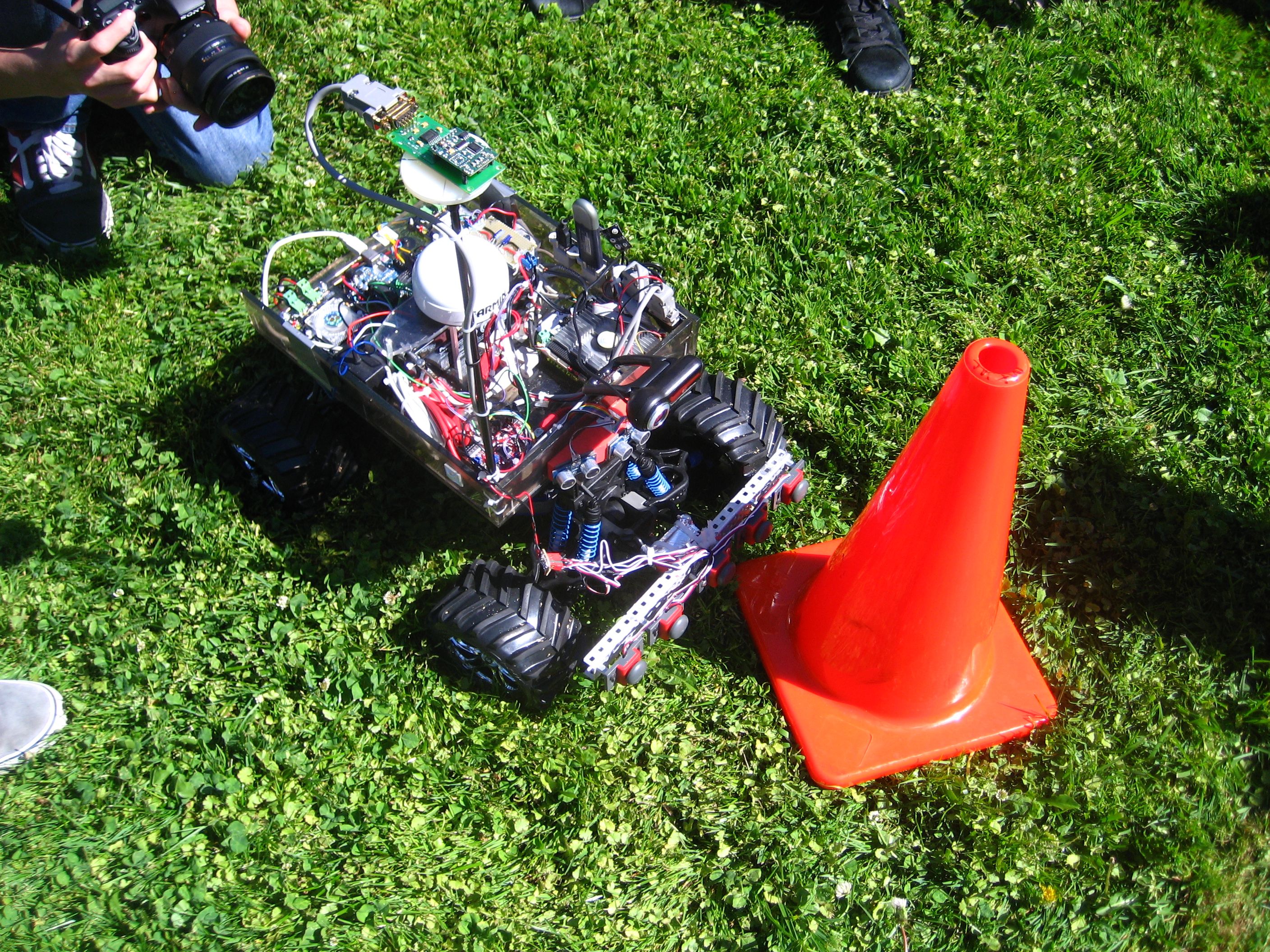 RoboMagellan is scored by how long it takes a robot to get from the start to the final target cone, the faster the better. Times can be reduced by touching bonus cones, so the key decision is getting the best balance between the extra time it takes to get to bonus cones versus the reduction in time getting to those cones gives you.

Having had our first run end when Monty decided to drive into a trash can looking for a bonus cone, we decided our second run would be a straight shot at the goal. Everything went perfectly and we came in at 1 minute and 27 seconds: enough to comfortably take second place.

How comfortably? Third place came in at 14 minutes dead, and no other team completed the course in any of their three attempts. The winning team hit two bonus cones and came in with an adjusted time on 15 seconds. Very impressive: but these guys were professionals from a robotics company! Monty and the PVIT team beat out the rest of the field handily. Not bad for the only high school team in the competition. Not bad for a team whose robot couldn’t move an inch on the course eighteen hours earlier!

Epilog: after the official rounds we decided to go for a flat-out, max speed, pedal-to-the-metal, potentially self-destructive “death run”. Monty performed perfectly despite nearly flipping over his front wheels under severe braking, turning in an unofficial time of 41 seconds. And, amazingly, no damage.